Cathy Pegau tagged me, and thus here are my answers!

I just finished a novel for Bold Strokes Books (Betting on Love), and I’m back in gear with The London Game (the sequel to The Paris Game).

2) How does my work differ from others of its genre?

My work has been called ‘gritty noir-romance’, so I tend to work with anti-heroes, and characters of questionable morals.

I’m intrigued by how people can justify doing things that are morally questionable, and how they can still be good-intentioned people even though what they’re doing is wrong. This goes back to reading old noir and detective stories, where the detective or PI is pretty much as morally bankrupt as the guys he’s trying to beat. In one of my favourite books, pardoned gangster Roy Earle (in WR Burnett’s ‘High Sierra’) takes part in a robbery because he owes the man who pardoned him, but yet he still yearns for the everyday: love, marriage, settling down.

4) How does my writing process work?

I’m more of a plotter; at the very minimum I have an outline or a plot summary, and all the main characters have been sketched out. On ‘Betting on Love’, I did up a plot summary, blurb, and sketches for the four mains. It helped, and I wrote quickly and well. (or at least, I think I did! When I get edits back, we’ll see 😉 )

I haven’t tagged anyone else, but if you want to play, drop me a comment and I’ll link to your post! Audrey Hepburn had it right when she said “Paris is always a good idea.” The City of Light is loaded with charms and wonders you can’t find anywhere else on the planet. 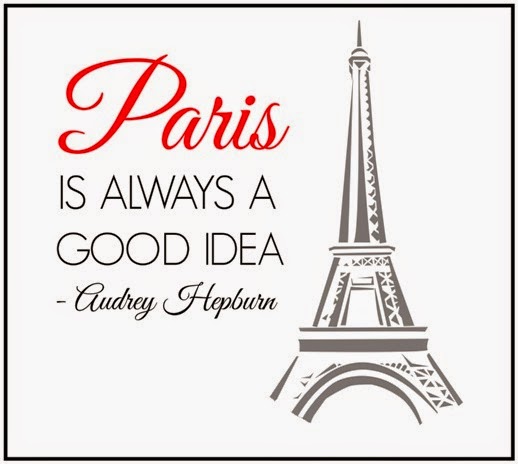 Books about Paris are a surefire hit–from romance to mystery to intrigue, what better way to fantasize about Paris than reading a book about it, preferably over a glass of Bordeaux?

I’ve hand-picked a selection of French-themed books below and to help you decide which ones fit your style, I’ve asked each author the following questions:

1. Why is your book a “good idea” for someone who loves Paris/France?
2. If your book was a drink, what would it be?
3. Which scene might raise a few eyebrows?
4. Who would absolutely hate your book?

Read their responses and check out their books!

Which books match your style? Share in the comments!